COME THOU FOUNT OF EVERY BLESSING 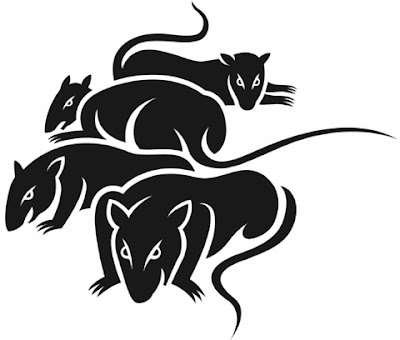 Back in the day, when I was deeply involved in the Transcendental Meditation program, some of those of us who were starting to look askance at where "the Movement" (as it was called by insiders) was taking us would sit around and talk about the Spiritual Rat Race. The SRR can be found in any number of New Age groups, and amounts to a sort of competition among True Believers (Robespierre comes to mind, but that's politics) for doing the right things, saying the right things, and being Spiritually Correct in all outward appearances. It had to do with keeping up with the latest thing, whether it be rudrash beads, yogic flying techniques, or just the right sort of incense you burned during the puja. When you come to realize that Cosmic Consciousness is just the first step on the path to getting off of the great mendalla; that God Consciousness is followed by Unity Consciousness and there's no way this foul sojourner will get there in this lifetime, its time to maybe rethink the path.
Well, I got out of there, thanks in part to a relationship with a woman who became a wife; the woman yearning to rediscover her Christian roots. The guy--me--sort of just tried to keep up. Little did I know that Americans would soon enough begin to practice a sort of spiritual rat race of their own, in imitation of that which I had fled.
Now comes an article in the Wall St. Journal by a Mr. Prothero, religion professor at Boston U. The article, entitled A HINT OF THIS, A PINCH OF THAT, reviews the latest Pew research into the strange habits of American Christians, among others. It seems we've rejected our first love, if we ever loved at all, in favor of picking and choosing the spiritual path that most appeals to us. Nothing new there. The good news is that Professor Prothero is bothered by it. Let's see why.
In a survey released by the Pew Forum on Religion & Public Life, it was concluded that the U.S. is a "nation of religious drifters". Prothero compares it well to the sort of serial monogamy that has become so widespread among American adults. But it gets worse:

"A new Pew study, released last week, shows that Americans are swingers as well as switchers, flirting with religious beliefs and practices other than their own without officially changing their religious affiliation. Catholic leaders have long denounced 'Cafeteria Catholics' for going down the line and picking and choosing the Catholic beliefs and practices they choose to uphold. According to this new study, Americans as a group are now bellying up to what my Boston University colleague John Berthrong has referred to as the 'divine deli.'"

Prothero asks, "Is mixing religous traditions a matter of heresy or ignorance?" I would answer, "It is a matter of lack of discipline, plus some heresy and ignorance."
He calls it "religious promiscuity" and I would agree with that. Americans have become spiritual Tiger Woods's (to jump on a certain bandwagon). We've got a problem with that.

"Once upon a time, Baptists and Lutherans and Disciples of Christ fought bitterly over such matters as when to baptize Christians and just how Jesus was present at the Eucharist. But that stuff is so last century. Today even the distinctions between Jews and Buddhists, or between Hindus and Christians, are starting to blur, not least because most Americans have almost no idea what these traditions stand for....contemporary Americans know almost nothing about their own religious traditions and even less about the traditions of others. Most Americans cannot name any of the Four Gospels, and an overwhelming majority admit to being wholly ignorant about Islam. So we shuffle from one to the other with little sense of what is being lost (or gained) in the process."

Prothero thinks this process of mix 'n' match is more akin to the marketplace than to education. "The store managers in our spiritual marketplace seem a bit too eager to sell us whatever they imagine we want."
Ouch. 'Tis too true. Everyone is doing what is right in his/her own eyes.
I think that it goes deeper than that, or actually, more shallow: we haven't done the grammar of the thing. We don't sit still long enough to know how to parse our own tradition, like an inexperienced, anxious young woodworker who is so eager to assemble a piece of furniture that he neglects to take the little steps that make the piece of furniture functional and beautiful. Maybe it is our penchant for emphasizing the rhetoric stage of education before we've ever slogged through the grammar and logic stages of anything. Let the little children clarify their values.
In any case, it is beginning to look like a spiritual rat race to me. As Prothero concludes:

"Absent a chain of memory that ties us to these religion's ancient truths, these visions are lost, and we are left to our own devices, searching for God with as much confusion as we search, in love, for the next new thing."

I naturally have a problem with all of these ancient traditions actually having spiritual truths--to say nothing of The Truth--but his point is nevertheless apropos to the sorts of things going on in Lutheran churches all over this land.

Or, her husband, at any rate. 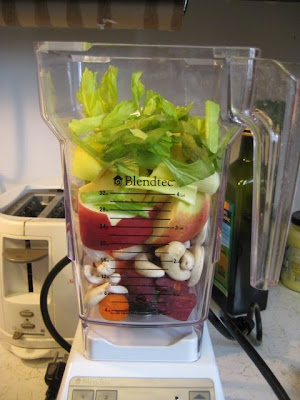 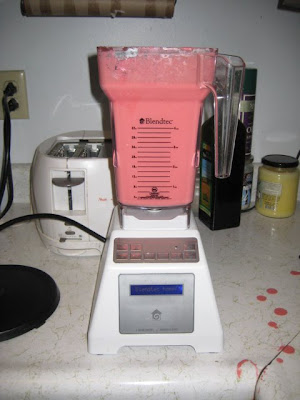