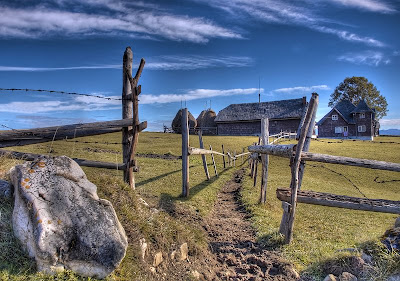 Peter Leithart has a little blurb in the most recent Touchstone journal entitled Techno-Triumphalism, which reads in part:

"...Daniel Walker Howe quotes an 1850 Methodist women's magazine's ecstasies over the telegraph: 'This noble invention is to be the means of extending civilization, republicanism, and Christianity over the earth. It must and will be extended to nations half-civilized, and thence to those now savage and barbarous. Our government will be the grand center of this mighty influence...The beneficial and harmonious operation of our institutions will be seen, and similar ones adopted. Christianity must speedily follow them, and we shall behold the grand spectacle of a whole world, civilized, republican, and Christian...Wars will cease from the earth...Then shall come to pass the millennium.' "

The millenium indeed. Or, well. The Civil War.

What caught my eye was how "the beneficial and harmonious operation of our institutions will be seen, and similar ones adopted.." I am aware that Christianity of one stripe or another more or less speedily followed, but can't help but think that Our Global Economy is really the descendant of that magazine's prophetic vision.
Posted by Bruce Gee at 9:42 PM

I'm confused as to your stance here, father.

I can fundamentally (heh) disagree with what that blurb says, but what are YOU saying?

I'd forgotten I have a son--is it a son, my son?--named anonymous. Ah, but so many children, spread over so many states. How to keep track of them all?

Well, what do YOU think my stance is? I had hoped to convey a sense of lofty, parental humor: the effete intellectual looking back on a time of arrogant ignorance. I had then planned to counter with a searing condemnation of this women's magazine quote by illustrating what REALLY became of their pathetic hopes and dreams.

Clearly, that didn't come across.