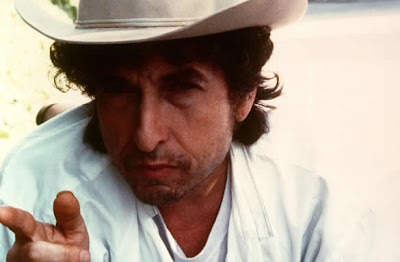 I'm shipping Bob Dylan's latest CD, TELL TALE SIGNS, to my son Colin in Korea for Christmas. Other than being unable to get the celophane back on, he'll never know that I tore into it as soon as it arrived to see what goodies Dylan had for us. This is his eighth volume of the so-called Bootleg Series.

I haven't been disappointed. If you are a Dylan fan at all, there are gems in here that you will find deeply satisfying. I am again in awe of this man's surpassing talent as a songwriter. The booklet that comes along with it, largely written by Dylan's old friend "Ratso" Sloman, provides a nice overview of his career, with little gems thrown in from the personal experience of Ratso. He had once been invited to sit in with Dylan, listening to the final cut of one of his albums. Sloman got upset because "Blind Willie McTell" hadn't been included, a tribute to the blues legend.

Listening to Dylan in these latter days, it is clear he has immersed himself in old Americana and its music.

"Those old songs are my lexicon and my prayer book. You can find all my philosophy in those old songs. Hank Williams singing 'I Saw The Light' or all the Luke The Drifter songs. That would be pretty close to my religion. The rabbis, priests, and ministers all do very well. But my belief system is more rugged and comes more from out of the old spiritual songs than from any of the established religious attempts to overcome the devil."

Included on this double CD are a few personal gems. It has two renditions of the recent but ageless tune MISSISIPPI. Sloman comments, "The song is so great, I could listen to a whole album of various takes of it." I could, too.
It also includes a previously unreleased Robert Johnson tune, "32-20". You hear Dylan finger picking and soloing:
"Oh, baby, where you stay last night? You got your hair all tangled and you ain't talkin' right." "I got a .38 special but I think it's much too light..."
Classic.
Finally, included is the cut 'CROSS THE GREEN MOUNTAIN, from the soundtrack of the Ted Turner-underwritten Gods and Generals. Dylan had been asked to write the song for the movie, and spent weeks in the NY Public Library researching the war. He manages to capture a wonderful sense of necessity, regret, and sadness. 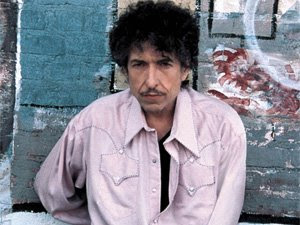 Sweet. I may need this album too, now. My roommate professes to hate Bob Dylan, but I keep playing songs off of 'Modern Times' that he thinks are great before learning they're by Dylan. Heh heh heh.

I used to not be able to stand Bob Dylan (preconceived notions) until I saw an interview with him on 60 Minutes.

He was down to earth, self effacing, and came across as genuine.