Why Do People Stay Married? 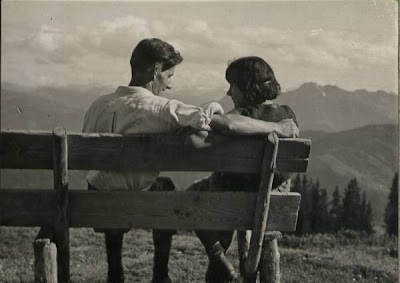 The Wall Street Journal had an article back on Feb. 9 entitled HAPPY COUPLES KISS AND TELL.
The journalist, Elizabeth Bernstein, asked the very sensible question, "Why do some couples thrive, while others fizzle or flame out, despite their best intentions?"
The article goes into most of the common, practical reasons for these life-long marriages, which seem so archaic, so unusual today. I remember years ago a couple joking with us that we were the only other couple they knew who hadn't gotten a divorce. They are, of course, now divorced.
I say "of course." Interesting.
The article gives a series of tips on how to stay married for a lifetime, including:

Find the middle ground.
Be funny.
Keep (some) secrets.
Never, ever give up.
Stay alive (More on that one in a sec).

The "keep some secrets" one is fascinating. What do you think? The example given is a Las Vegas couple. The husband is a professional gambler. He has never discussed his business with his wife, but is willing to tell the journalist that he's won and lost millions of dollars. The wife has her own bank account. Actually, I think that's the secret there. 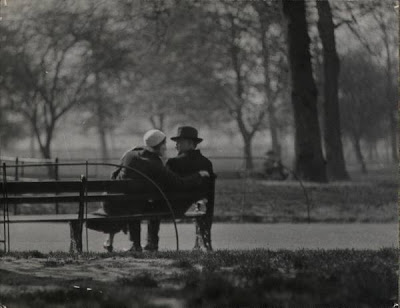 My wife and I are closing in on (I'd better get this right...) 32 years of marriage. We were married on Easter Sunday in a Methodist church on South Hill Drive in Madison by a pastor who is now divorced. He gave us pre-marital counselling. He might have taken some of his own advice. I forget his name. Both Deb and I agreed that being married was a lot better than getting married. That was a lot of nervous work.
STAY ALIVE: The article ends with an anecdote about the writer's sister: "...a doctor,
told me about one of her patients, a 92-year-old woman who showed up for her appointment with her husband, who is 94. They said they have been married for almost 70 years.
"My sister, highly impressed, asked the couple the secret of their union's longevity. And they looked at each other for a long moment. Then the wife spoke: "Eh, neither of us died."
That's right, the secret of a long marriage, in the final analysis, is for neither partner to die. As my wife has confessed (for us both) on more than one occasion : "We're just stuck with each other. That's all."
Photos from Life Magazine
Posted by Bruce Gee at 9:11 PM

Be stubborn enough to never give up on the marriage.

Which to young single people and newlyweds sounds terribly boring and unromantic.


But it isn't. Instead it's the greatest joy and security to be found this side of heaven.

I'll have a lot more to write about this subject in the days ahead. For some reason a lot of things related have come together in this drear month of Feb. Stay tuned.

Very close to your last couple paragraphs: My grandfather, on his 60th wedding anniversary, was interviewed for the local paper. When asked the secret to a long marriage, he said: "Don't die."

(Will read the rest of deluge of recent posts soon, hopefully. ;) )

I have been married for 23 years (to the same woman I should point out) - and yet, I can not claim to be an expert in the field. Our marriage has been easy, very easy. No raises voices of argument, no ultimatums, no power struggles - none of that stuff that couples have to deal with - - so I can offer zero advice on how to deal with couples stuff.

Maybe I'm just lucky - or maybe I just know how to pick out a good melon.

Maybe it's because we haven't stepped foot in a church since the day we were married. We've had none of that spoken or unspoken woman must submit to her husband malarkey - and then there's that even higher power (God) looming over the whole marriage.

OK, so I've just marked myself as a trouble maker - but how do you Christian couples deal with this woman must submit to her husband principle?

You are referring to 1Peter, chapter 3. Here's how to understand it. First, women are asked by God, not by their husbands, to submit TO their husbands for a specific purpose. Read verse 1 and you'll find out what it is. It isn't what feminists say it is, so be surprised. In any case it has to do with what your lovely melon--I mean wife--has been doing for you your whole married life, you lucky fool. She's been a servant to you in more ways than you can count.

Second, there's always a catch for the fellas. Always. If anyone thinks Christianity gives fellas a break, they are so wrong, so wrong. Look at verse 7. Yes, yes, I know it refers to the woman as "the weaker vessel" but understand, this isn't being said TO WOMEN. It is how men are to view their wives, as people who need to be served. Men being men, we need to be told that women are weaker than we are, even if it isn't strictly true. You and I know they're stronger in every way that counts. But Deb still asks me to carry the five gallon water bottles upstairs from the basement, so that makes her the weaker vessel. HA!

Read Proverbs 31. Read all of the great passages throughout the New Testament that speak of women, many of them "Paul's helpmates". It is an easy argument to make that Christ --and his apostle Paul--uplifted women moreso than the age they lived in could rationally have done. And Christian women continue to this day to enjoy the benefits of the guidance and wisdom set forth for them in scripture.

Is there specific condemnation of women in the Bible, Yes, absolutely, and those women had it coming. Is there guidance about how women specifically should live that would offend modern sensibilities? Absolutely, I certainly hope so. Are modern women more enlightened than the women who came before them?


In the end, for Chrstians it is the realization of the sacrifices of Christ for us that make us willing and able to make our own sacrifices. And often we lose that focus, so we don't always "win by our behavior without a word" as St. Pete puts it. So for that I'll have to refer you to the first three chapters of St. John, for starters.

Feel free any time you like to be a trouble maker here, Larry. And about that lunch we're supposed to have...

"...how do you Christian couples deal with this woman must submit to her husband principle?"

We deal with it in a way that takes the entire passage in context, instead of just slicing out the "woman must submit" and waving it around, like many Christians, sadly, are fond of doing.

Wives, submit to your own husbands, as to the Lord. For the husband is the head of the wife even as Christ is the head of the church, his body, and is himself its Savior. Now as the church submits to Christ, so also wives should submit in everything to their husbands. Husbands, love your wives, as Christ loved the church and gave himself up for her, that he might sanctify her, having cleansed her by the washing of water with the word, so that he might present the church to himself in splendor, without spot or wrinkle or any such thing, that she might be holy and without blemish. In the same way husbands should love their wives as their own bodies. He who loves his wife loves himself. For no one ever hated his own flesh, but nourishes and cherishes it, just as Christ does the church,

The submit part is Ephesians 5:22. But the section goes on to talk about how the husband is to picture or symbolize to his wife what Christ did for world - which was to willingly go to death even though He was innocent for the benefit of those He loved.

The union of a man and woman was always intended to depict the relationship between Christ and the church (all of Christendom, not just any particular church body.) If a person sees and understands the sacrificial love of Christ, the submission of the wife snaps into place like a Bach fugue coming to an end.

Wifely submission doesn't happen in a vacuum. It fits part and parcel with the sacrificial love of the husband. One can't happen without the other.

Honestly, I think us girls have the easier task.

I've been wondering about the secrets angle myself, not specifically in reference to marriage, but relationships and life in general. There's this idea in our culture -- basically conventional wisdom at this point -- that says keeping secrets is horribly unhealthy and we should all talk everything through. We're really seeing a lot of this in the Army, with a real push for everyone to talk talk talk about their combat stress (all despite quite unambiguous statistics correlating this with increasingly debilitating PTSD symptoms).

I guess I'm just not convinced. I have on occasion been told things I really didn't need to know, and which have made relationships far more complicated and fraught than they would have been if everyone had just followed previous generations' advice and let sleeping dogs lie. Even between soldiers, we're perfectly able to be there for each other and support each other without having to know the ugly details of what's wrong. I'm not convinced it's not better that way.

Hey, Evan! Glad to hear from the resident Iraqi soldier!

There is this old Modest Mouse song, the lyrics say something like, "If you knew every thought of the person you love, you really wouldn't want to be around that person anymore." There are secrets and there are secrets. But I think an element of longevity, since familiarity does breed contempt, is to limit the flow of unnecessary information. There are times my wife and I set out on a walk, for example, and within a hundred yards both know our best bet is for it to be a nice, SILENT, companionable walk.