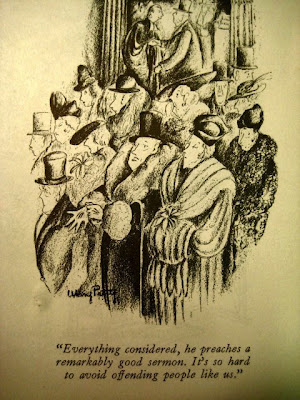 August Friedrich Christian Vilmar. I'm reading a book by a 19th Century German theologian entitled THE THEOLOGY OF FACTS VERSUS THE THEOLOGY OF RHETORIC. A little, light, bedside reading for the lay theologian.

According to Vilmar, "theologians of rhetoric" remind him of old BC Greek poets who rather than creating original forms wrote dense, polished, wordy verse. Cicero scorned them. He makes a connection between these "Alexandrian" poets and the rationalistic Christian theology of his own, German nineteenth century. "For more than thirty years authors are no longer read, but read about," he complains. In a rather fascinating chapter called Literature and Exegesis of Holy Scripture, he makes the case that this Alexandrian rhetoric has infected theology, with the result that the gospel is completely lost.

"An exegetical course by rhetorical theologians has the habit of opening a "scientific" discussion in which arguments and counter-arguments are weighted, opinions heard and rejected, views proposed and refuted, and all, or the highest ranking "scientific authorities" are allowed to speak. There is only one authority that does not regularly speak: The Word of God itself..."

Now it gets interesting:

..."And yet this should be the first task of an exegete, to make it a duty to set as the hearers' first task the reading of portions of Holy Scripture with a gathering and stillness of soul, and again, and again, and yet again, to read it without allowing one human word, not even one's own to interrupt. The divine word gradually takes on life and speech while at the outset it appeared dead, and it begins (in a most unfigurative sense) to speak with us, to us, in us. It shows us that it is not a speech put together from individual words, but rather a divine deed, that it is the Word, at once light and life, from which bright and ever brighter streams fall on every detail..."

A gathering and stillness of soul. Vilmar actually compares the reading of scripture to the reading of really difficult, interesting ancient poetry, that of Pindar and Aristophanes.

"...Let them go to them without all the expositions, commentaries, and scholia. Let them read them seriously through three, four, and more times, despite all the difficulties of language and subject matter...Gradually, the whole product takes on a surprising life and intelligibility, and gives an enjoyment which can be weakened but never strengthened by subsequent use of commentaries...[This] was the source of great joy philologists took in classical antiquity, but Luther in Holy Scripture."

It occurs to me that this deep, innocent, protracted reading of scripture is what is missing today from our church people (me included). There was a time when huge swaths of scripture were committed to memory by children of eleven and younger. It was the basis of much of their education in their early years. Vilmar testifies to his own training, while regreting that at the time of writing this emphasis had been lost:

"The foundation for this secure knowledge of scripture, sound in all its details, was laid in families and schools, but now no longer. The essentials were gained at the university. I call to mind only what we experienced, that all the dicta probantia [Biblical proof texts] in the original Hebrew and Greek text, besides that at least twenty to thirty Psalms, eight to ten chapters from Isaiah, the first three chapters of Genesis, and numerous sections of the New Testament (the Sermon on the Mount, chapters 14-17 from the Gospel of John, Romans 5-8, and other sections) were committed to memory in the original languages."

I'm guessing, but it is likely that the sort of sermon heard by the parishioners in the above cartoon came from the "theology of rhetoric": intellectual word games that manage to entertain without offending "people like us."